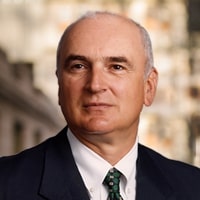 In the 1980's, attorney Early successfully undertook to represent thousands of workers who contracted diseases from occupational exposure to asbestos. He is the co-founder and president of Early, Lucarelli, Sweeney & Meisenkothen, with offices in New Haven, Connecticut and New York City.

Currently attorney Early concentrates his practice in representing asbestos victims, particularly those diagnosed with malignant mesothelioma. He represents thousands of asbestos victims nationwide. Also, he has represented hundreds of children. Attorney Early has been appointed by the State Courts of Connecticut as lead counsel for plaintiffs filing lawsuits for asbestos diseases and for poisoning from lead paint.

Attorney Early has been recognized by two of the best lawyer rating systems in the U.S. He has been selected for inclusion in the oldest lawyer rating publication, Best Lawyers, which is widely recognized for accuracy and integrity (Since 2007 — Mass Tort Litigation/Class Actions – Plaintiffs; 2022 — “Lawyer of the Year” Mass Tort Litigation/Class Actions – Plaintiffs, New Haven; click here for selection criteria). He has also been named “Super Lawyer” by the Super Lawyers rating service in recognition of his professional achievement and the high degree of peer recognition that he has earned throughout his career (2007, 2009-2021 — Products Plaintiff; click here for selection criteria). No more than 5% of the lawyers in any given state are awarded this prestigious designation.

A Letter from James Amellin

After working in the construction trade for over 35 years I was dismayed when I heard that I was afflicted with a form of asbestosis. My family, as well as many of my coworkers were concerned about our health and our future. It was important to seek the legal assistance from a knowledgeable, reliable, expert firm in the asbestos litigation field. Early, Lucarelli, Sweeney & Meisenkothen was that firm.

I have known James Early for over 17 years. I was fortunate to have his firm represent my family and I in my asbestosis case. Since then, hundreds of my coworkers have sought the advice and services of Early, Lucarelli, Sweeney & Meisenkothen to represent them in their asbestos litigation cases.

We chose Early, Lucarelli, Sweeney & Meisenkothen because of their expertise and reliability in the asbestos litigation field. The staff at Early, Lucarelli, Sweeney & Meisenkothen is comprised of knowledgeable, compassionate, determined professionals from some of the most prestigious legal institutions in the country such as Yale, Trinity, and the University of Connecticut.

If one were choosing legal assistance for their asbestos litigation case, I would strongly recommend that they contact Early, Lucarelli, Sweeney & Meisenkothen. I am fortunate to have had them represent my family and I with our asbestos cases and we are honored to have them as our friends.

Early, Lucarelli, Sweeney & Meisenkothen is honored to have its lead partner, James F. Early, recognized as a prominent leader in asbestos litigation in the February 27, 2012 edition of Newsweek featuring "Leaders in Asbestos Law". The firm, which has been representing mesothelioma victims for over 30 years, has also been given Martindale-Hubbell's highest rating and has consistently secured top settlement dollars for its asbestos clients. 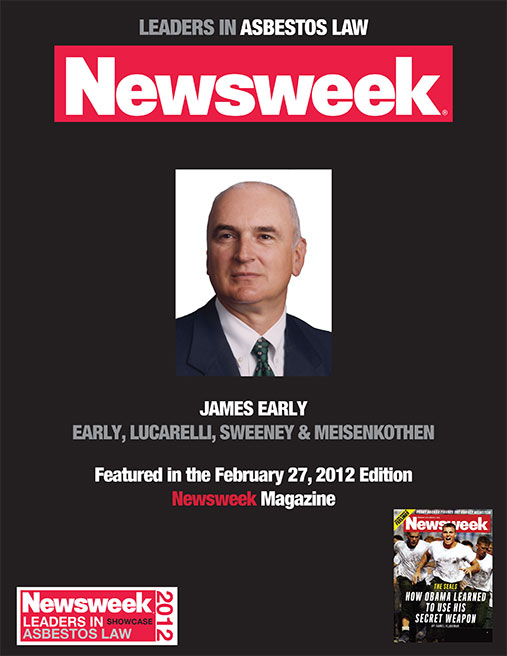