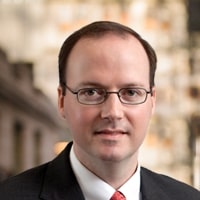 Attorney Kenney is a graduate of Providence College and Suffolk University Law School. He began his legal career as an Assistant District Attorney in Middlesex County, Massachusetts where he prosecuted drug and violent offenders. As an Assistant District Attorney, Attorney Kenney tried numerous cases to verdict. He also served as a special domestic violence prosecutor in Lowell and Cambridge District Courts.

Attorney Kenney joined Early, Lucarelli, Sweeney & Meisenkothen in the fall of 2004 and was named a partner in the Connecticut firm in 2018. He has devoted his practice to protecting the rights of hardworking men and women diagnosed with mesothelioma and other serious diseases caused by exposure to asbestos. Attorney Kenney has personally handled hundreds of asbestos cases in Connecticut, Rhode Island and Massachusetts Superior Courts on behalf of former tradesmen, servicemen and plant-workers stricken with asbestos-related illnesses. He has also handled numerous second-hand asbestos exposure cases involving family members who were unknowingly exposed to asbestos through their loved one's work clothes.

Attorney Kenney is licensed to practice law in Connecticut, New York, Rhode Island, Massachusetts and the U.S. District Court for the District of Connecticut. He is responsible for managing the firm's Connecticut, Rhode Island and Massachusetts practices. Attorney Kenney has been identified as a “Rising Star” by the Super Lawyers rating service in recognition of his professional achievements to date (2011-2015 — Products Plaintiff; click here for selection criteria). No more than 2.5% of the lawyers in any given state are awarded this prestigious designation.