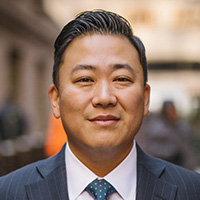 Attorney Park earned his undergraduate degree from Trinity College in 2003. He subsequently studied law at Rutgers University School of Law, where, in 2009, he received his Juris Doctorate. Attorney Park is admitted to practice in Connecticut, New York and New Jersey and also holds privileges to represent clients in U.S. District Court - specifically in the federal venue's New Jersey and Southern and Eastern New York jurisdictions. He is currently working in the areas of Toxic Torts, Products Liability, and Personal Injury Law at the law firm of Early, Lucarelli, Sweeney and Meisenkothen.