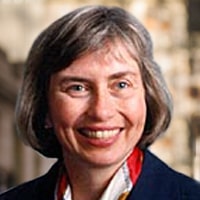 After graduating from the University of Connecticut School of Law in 1983, attorney Ludwick began working as an associate at the firm in August of 1983. Attorney Ludwick became a partner in 1988 and a named partner in 1994. She currently practices in the field of asbestos disease litigation and Workers' Compensation.

Attorney Ludwick has written and argued appeals before both the Commissioners' Review Division and the Connecticut Appellate Court. She has been a featured speaker on workers' compensation issues at seminars both in and out-of-state. She has also been a member of the Executive Committee of the Workers' Compensation Section of the Connecticut Bar Association.

A Letter from Joan Fordham

I want to thank both of you, and all those associates who worked on our case, for everything you did to secure a major settlement on behalf of my husband, David. It gives my children and me a sense of justice to know that David has been compensated in some way for the wrong that was done to him by the manufacturers of asbestos. The award will help secure my retirement and will provide our children with some additional income at this point in their lives when it can make a significant difference to them. Although you notified me of the settlement last October, I was not going to believe it until the checks arrived. With everything now in place, I can take a deep breath and move ahead.

Thank you for all your hard work, for your persistence, and for your gentleness in handling this case during a very trying time for David. I know that he would be pleased to see that his hard work has come to something significant. My very best to all of you.

A Letter from Rosemarie Harkin

Just a short note to say thank you for all your hard work.

We were so lucky to find your firm on the Internet. Again, thank you from all the Harkins.