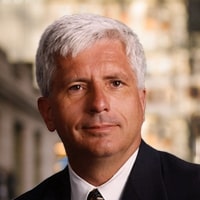 Attorney Sweeney has prepared and tried mesothelioma cases in the courts of Rhode Island, Connecticut and New York. He is an experienced and successful trial attorney in both State and Federal Courts, having argued appeals before the Connecticut Supreme Court and The United States Court of Appeals for the Second Circuit in New York City. In recognition of his professional achievement and the high degree of peer recognition that he has earned throughout his career Robert Sweeney has been selected for inclusion in the oldest lawyer rating publication Best Lawyers, which is widely acknowledged for accuracy and integrity (2012-2015 — Mass Tort Litigation/Class Actions — Plaintiffs; click here for selection criteria).

A Letter from Dayle Smith

I’ve been intending to write for some time to thank you and your firm for all of your hard work and expertise in representing my husband, Carl, and myself, in the asbestos litigation.

We were fortunate to have been made aware of your firm and I am appreciative of the guidance and understanding you provided during this most difficult time.

I wouldn’t hesitate to recommend you and your firm to anyone who is in need of legal counsel.